Life is like flying,
There is good seat,
There is bad seat,
But as soon as our plane leaves the gate,
We all share the same fate.

Life is like flying,
There is up,
There is down,
We will hit dark clouds,
Only to be greeted by the sun.

Life is like flying,
There is beginning,
There is ending,
We long for our loved ones,
Who are also there waiting ... 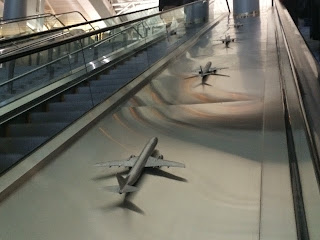 Email ThisBlogThis!Share to TwitterShare to FacebookShare to Pinterest
Labels: #abw4_poem

Jon was out clearing snow this morning, working hard against the freezing, blowing and drifting elements. It wasn't quite the Snow Day kids wished as today is President's Day. Regardlessly, Jon was eager to put his free time to work. After the driveway and sidewalk were cleaned, we walked towards home. I told Jon that he did a great job and deserved "the top award a dad can give to a son". "What's that?" Jon asked. I put my left arm on his left shoulder and said: "A pat on the shoulder!" 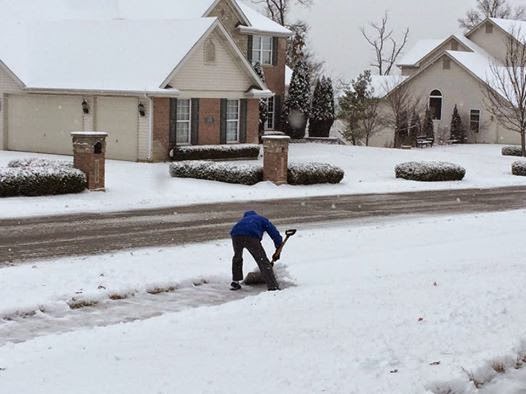 Email ThisBlogThis!Share to TwitterShare to FacebookShare to Pinterest
Labels: #abw4_story


After leaving Shanghai and living in St Louis for 25 years, I thought I had grasped all the English to carry the day. But that perception eventually changed when I rediscovered the British English, plus some more. Couple years ago, a client from Vancouver got me to say "cheers" in place of "bye". Last summer, I was first a bit startled then got used to being called "mate" during a visit to Sydney. The pleasant surprises kept coming in this week's visit to London.

I arrived in London Wednesday for a two-day workshop at Imperial College with some of the most brilliant scientists and engineers in UK to discuss information technologies for genomic medicine. During the meetings, I was able to connect with Imperial's lead scientist in English and Shanghainese. We compared and contrasted the adopted hometown with our shared birth city. I could felt his pride and fondness of London. And I could relate in my own feeling towards the city of Gateway Arch.

Friday early afternoon, I took a cab outside Imperial heading to Paddington for the Heathrow Express and then flight to Chicago. As the car was zigzagging through Hyde Park where I was drenched by freezing drizzle the day before, the sun finally broke through the cloud and started shining on the greens and trails dotted with cyclists and runners. This city of vast space and history suddenly sprung into real life and lit up a couple of my childhood memories that connected me to the English world: the thrills of watching Richard Hannay dangling on Big Ben to stop the German bomb in the movie "The Thirty Nine Steps", and the amazement of learning "How do you do" and "I am fine, and you?" by following "Follow Me" and "New Concept". But why wasn't "cheers" or "mate" taught in these two popular British English programs?

The cab pulled to a stop at Paddington station, a transportation hub surrounded with American fast food eateries. As I was hopping off the car and having my attention almost grabbed away by a familiar sign of Burger King, I heard a cheerful voice from the cab driver, an old gentleman with wavy white hair:

"Cheers! Mate!"
... ...
After landing in Chicago, I googled to learn that the expression simply means "thank you".

Yes, cheers mate! And thank you my friend for taking me on a ride through your beautiful and historical city. Even it was only 1.9 miles.

Also cheers to a world that is ever more linked by planes, wired by machines and connected by language, expression and good will among people, something that is not to be taught but experienced.

Thank you God, this world is bloody brilliant!