We recently rented out our condo to a young couple from SLU. Everything was in perfect condition except one thing -- the door lock for the storage room. Not only was the key missing, its lock tongue and groove seemed misaligned so the door wouldn't lock. 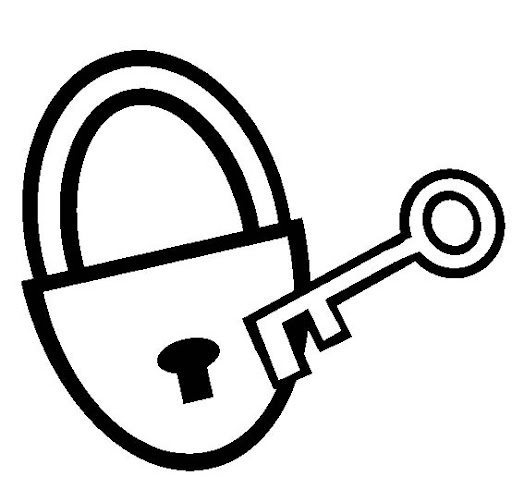 I decided to get the lock replaced today as the young couple already moved in over the weekend. Before departing for the condo, I checked my toolbox for used door locks/keys that might be reused. There was a set of lock but no keys. So I went checking a drawer where all of our keys were kept, including a dozen or so unknown ones. Without finding any keys matching to the used lock, I was disappointed and blamed myself for the total disorganization. I took the keys to the condo door (just in case I need to access it). And then for whatever reason or thinking, I grabbed all the unknown keys and put them in my left pocket before rushing out with Jonathan to his swimming class.

Being quite anxious, I wanted to drive to Home Depot first to buy a key-set. But then, midway and realizing we might be late for class, I changed plan and drove directly to YMCA. I would say that I rarely changed mind to be earlier for something but I overcame myself at that moment.

After dropping off Jonathan, I drove to Walmart for a new door lock set. The newly renovated Superstore in Kirkwood was beaming with life and friendliness. A sales clerk in his 60s kindly, with a gentle smile, pointed me to the hardware section for the lock and then followed over to make sure I found it. I raised the lock with a smile and thumbed up to thank him. I haven't had such experience at Walmart for a long time.

On the way to the condo, I called Elaine to say I wouldn't have time to pick up Jonathan, estimating it would take at least one hour to figure out all the issues then replace the lock. I felt very sorry making the call.

After parking in the visitor lot, I walked up the hill and stopped in front of the storage door. There it was, the door with missing keys and misaligned parts. Right there, with almost some kind of conviction or certainty, I grabbed the unknown keys out of pocket, pulled out one from maybe a dozen, and inserted it into the key hole while lock was engaged (door is open). I tried turning the the key counter-clockwise. Slowly, the key kept turning inside the lock ... And it unlocked!

Before comprehending what happened, I immediately solved the second problem by pushing the door slowly in to give the lock tongue time to engage the groove. And the door completely close-shut and could now be locked!

Altogether, this took me about 60 seconds and I was now walking down the hill towards my car and calling Elaine to say I could go picking up Jonathan, which I did with time to spare after getting to YMCA.

So, I have experienced an amazing episode of things-working-so-well-beyond-belief: a helpful Walmart clerk with a smile, a working door lock, and a matched key to the lock.

It beats probability -- as one perfect match rose from a dozen options in first try. It defies rationality -- as my plan was to replace the key from the beginning and not find a key among these unknowns.

As the sequence of events unfolded later in mind and now in writing, I experienced the amazement and gratitude again. More importantly, I was just so happy to be able to show up on time for Jonathan, and be a father who took care of his son.

If we make the right choice and put in efforts to find the right key to the lock in our life -- subconsciously, purposefully and faithfully, things will work out, as our Father is more capable and thoughtful in planning and taking care of us.

"And we know that in all things God works for the good of those who love him, who have been called according to his purpose." (Romans 8:28)
Posted by Frank Lee at 7:46 PM